This is Steve — a sweet goose who loves his family more than anything. 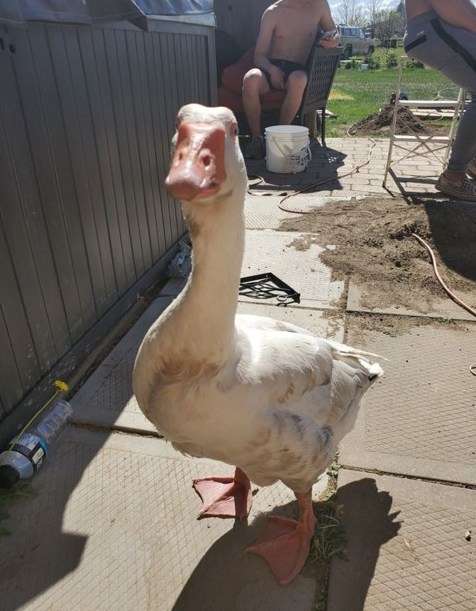 Steve and his sister Lulu were adopted by the Shymko family nine years ago and immediately made themselves at home. “We started off with just putting them in with the chickens, thinking they were just going to be birds in the back,” Carla Shymko, Steve’s mom, told The Dodo. “But the more time we spent with them the more we realized they had really fun personalities — especially Steve.”

Steve quickly grew attached to Shymko, following her around wherever she went. “If I was in the yard he would always be right beside me,” Shymko said. “He and Lulu would sleep right beside our large dogs and they would be the first to welcome guests when they would arrive.” 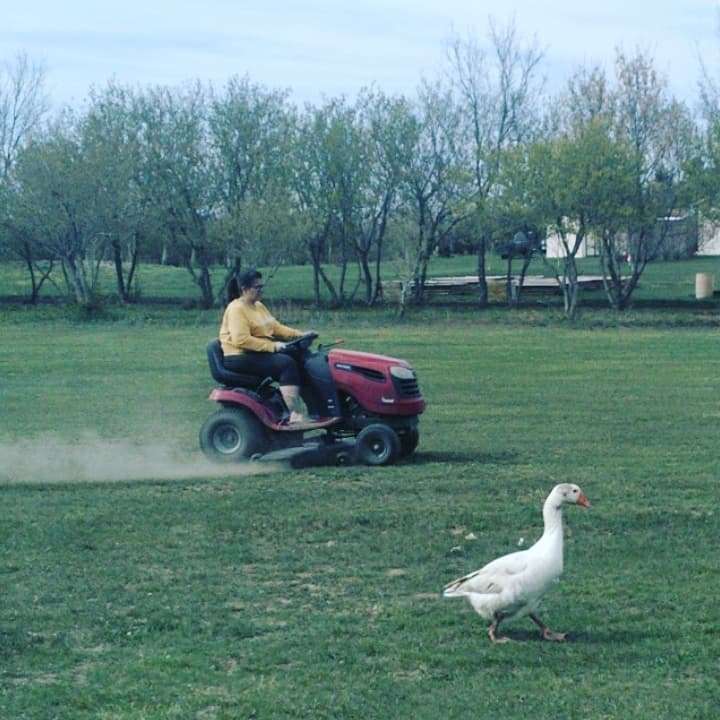 But last month, when Shymko went out to check on her kids in the yard, she noticed some white feathers on the ground. The family searched the area around their Moose Jaw, Saskatchewan, home, but Steve had disappeared.

Shymko decided to post on Facebook in hopes that her neighbors had seen something. “I was a little hesitant,” Shymko said. “I thought people might think I’m crazy looking for a goose.” 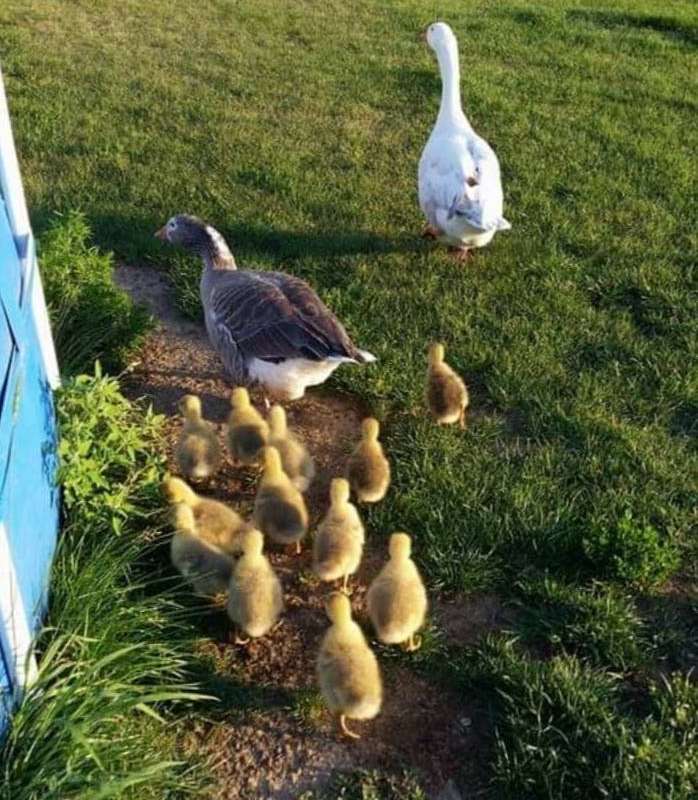 She was shocked when her post received an overwhelmingly positive response: “I ended up putting something on Moose Jaw Lost And Found Pets and a couple of other pages and honestly within an hour, I had hundreds of comments. The kindest people reached out to me,” Shymko said. “People offered to go driving around looking for him.”

But that same afternoon, Shymko learned that a neighbor had seen a fox with a white goose in her mouth walking down the road that morning. “We were devastated,” Shymko said. “Especially the thought of him being hurt badly and suffering was just so sad for us. He was such a huge part of our family and we were heartbroken.” 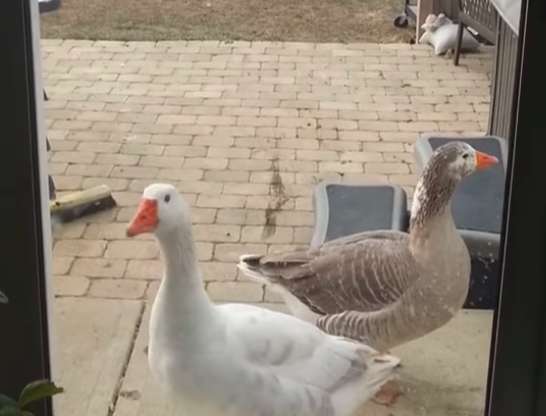 The next morning, Shymko’s husband woke up to a tapping sound coming from their door. When he went to check it out, he couldn’t believe his eyes: “Steve was waiting at our back sliding doors where he would always wait for me when I would go in the house,” Shymko said. “[Steve] was weak and laying down … gently pecking on the window trying to tell us he was home.”Steve had clearly traveled a long way to get back to his family and was exhausted. But the goose couldn’t hide his joy when he saw his mom again, running right into her arms.

“For the first week he was back he was very weak and very scared,” Shymko said. “We took it slow but he is doing amazing now and soon as he hears us in the morning he is back to letting the whole surrounding area know that Steve is back.”
Thrillist